Internet search giant Google has revealed it will offer free websites to small and medium scale businesses across India. This move is 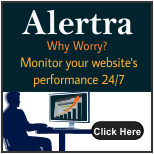 expected to increase Internet usage in the country. It has also set a target of making five Lakh businesses online by 2014.

According to Google, there are about Eight million small and medium scale businesses in the country. Half of them have a website and nearly one million are active online.

E-business is not widespread in the country today but very few people doubt one day it will be a big business in India.

“We wanted to build an ecosystem, We are investing in the market,” Nikesh Arora, Google’s CBO (Chief Business Officer), told

reporters in New Delhi. He also added that India might not be a huge revenue market, but it was a good user market.

Rajan Anandan, Google India’s managing director has said that the organization was making noteworthy investments in the free web hosting initiative but had no revenue expectations from it in the short run.

Google is partnering web hosting firm, HostGater in promoting free web domain names and will maintain the websites free of cost for one year. Users will have to pay a small charge if they wish to renew their website, added Google.